Mac Mini is one of the small desktop computers of the Apple line of computers. Mac Mini is also one of the beautiful products that Apple have in its mini desktop categories. Beautiful compact design and affordable cost makes the Mac Mini one of the best Apple mini Desktop products. Almost every year, Apple is bringing updated and faster performing Mac Mini. Mac Mini outer designs have not changed significantly. Mac Mini design has not changed a lot, however many things on the inside have changed a lot, and its performance has increased a lot. 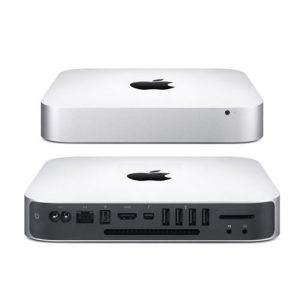 iFixDallas will find a solution and will fix the Apple Mac Mini Desktop. Here is the list of what kind of work iFixDallas do on the Mac Mini computer.